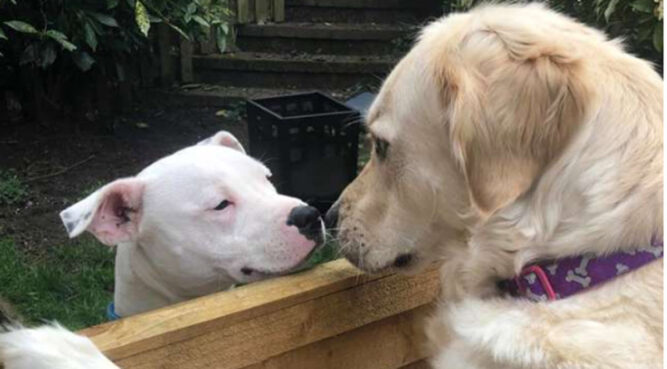 No one ever expects to fall in love with the boy next door, but when this shy golden retriever named Lola set eyes on her neighbor Loki for the first time, sparks immediately began to fly.

In March, Lola and her mom Amber Monte moved into their new home just on the outskirts of Surrey, England. Loki, a Staffordshire terrier, was one of the first to greet the new neighbors. His stretch of the yard was divided from Monte’s property by a wooden fence, but despite the barrier, the two dogs quickly got to know each other. 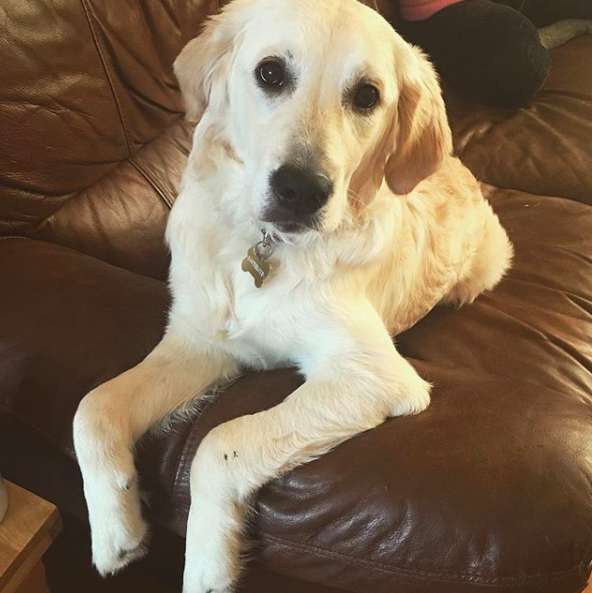 “We’ve never lived next to other dogs before, and Lola was so excited to see another dog so often!” Monte told The Dodo. “When Loki was in his garden he’d always jump up at the fence and look for Lola, as he knew she was usually there.”

Lola was soon swept off her paws by Loki’s smooth romantic advances, although her parents didn’t think it was anything more than a budding friendship.

“Lola would always jump up and give him a little hello with some licks,” Monte said. “We only just thought they were getting to know each other and that would be it, really.” 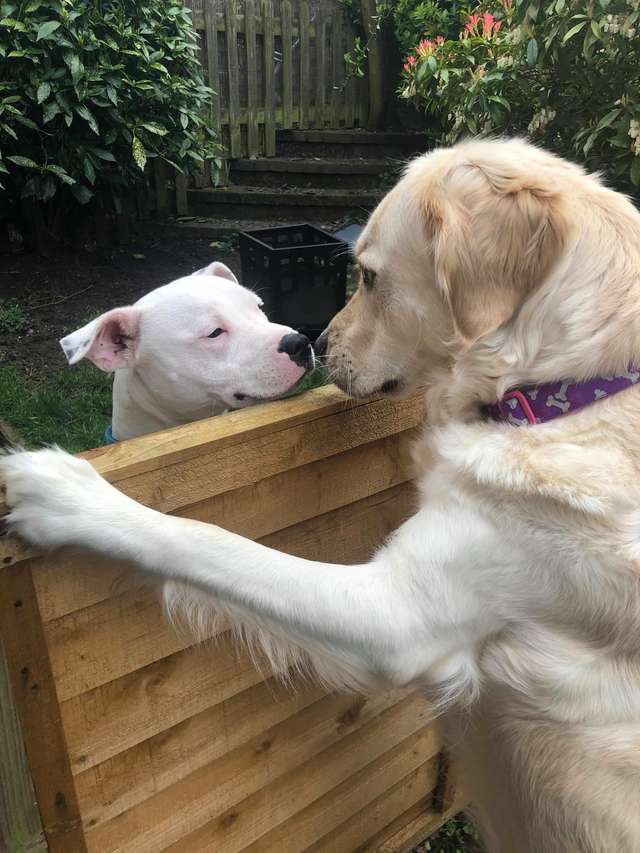 And Monte never even considered that her pup would form any real attachment to the neighbor’s dog. After all, he didn’t seem like her type.

“She’s usually quite shy and timid,” Monte said. “She gets quite scared around other large dogs when we are out on walks, which is why we found it so odd when she took so well to Loki.”

But about a month ago, Monte noticed a significant change in Lola’s behavior. The dog now spent her days by the back door whining to go outside, as if pining to be with her newfound love Loki. 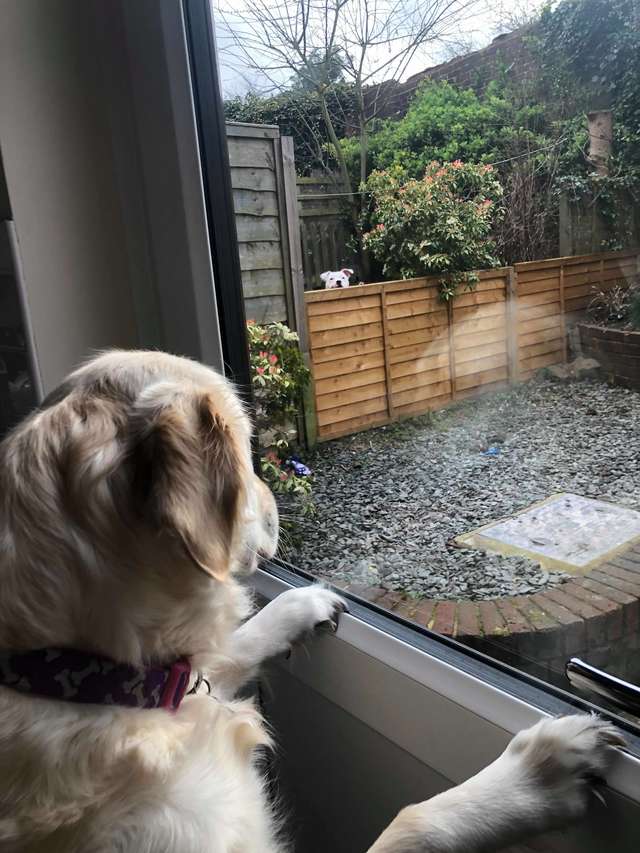 “When we let her out, the first thing she’ll do is jump up at the fence to see if Loki is out,” Monte said. “If Loki isn’t out, she’ll sit and wait by the fence.”

And Loki was just as smitten with Lola, and even figured out a way he could be closer to his beloved!

“A few times the past month we’ve actually come out to see Loki in our garden and them both playing around together,” Monte said. “Now, usually in the mornings when we go to let Lola out, Loki is sat waiting in our garden for her!” 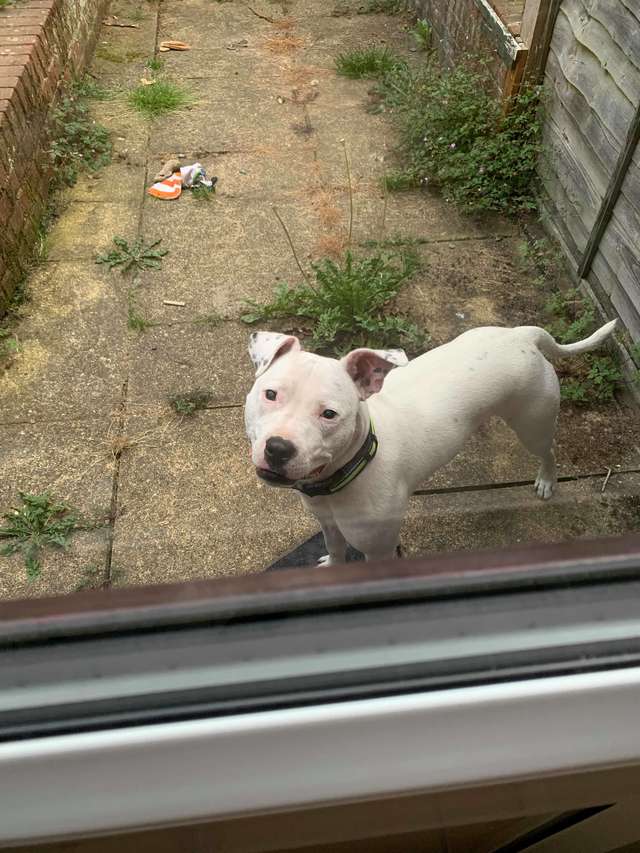 These days the two pups love nothing more than to spend those precious moments with each other. And, luckily, Lola’s parents are very understanding of her new boyfriend’s frequent visits.

“They are so excited to see each other when they play — there’s lots of jumping around, running, lots of kissing!” Monte said. “They are inseparable when they are together.”

What do you make of this adorable case of puppy love? Tell us in the comments below, and please be sure to share the story of these two love pups with your family and friends.