When most of us think about inmates that are being held in the courthouse jail, we don’t have many positive things that come to mind. In fact, we tend to look at the negative when it comes to individuals who are incarcerated in these places. We may think about the bad things that they have done and the possibility that they have taken advantage of others in some way in order to end up in that situation. From time to time, however, we are reminded of the fact that they are still humans and they will act in a humane way when the situation calls for it.

This story took place at a Texas courthouse and it is something that is sure to touch your heart. The inmates were all in the holding cell and they were being watched by a guard, named Gary Grimm. It happened in 2016 and since that time, the video of what took place on that fateful day has gone viral and is continuing to circulate on the Internet on an ongoing basis. There is no doubt that when you see what these inmates did on that day, you will want to share it as well.

Gary was the only guard that was watching the inmates on that day. All of the other guards were elsewhere, including upstairs in the courthouse. There didn’t seem to be much happening on that particular day, but things were about to change quickly. Suddenly, Gary had a heart attack and fell to the floor and lay motionless. It was then that the inmates, who were locked away in their cell, decided that it was necessary to take action. 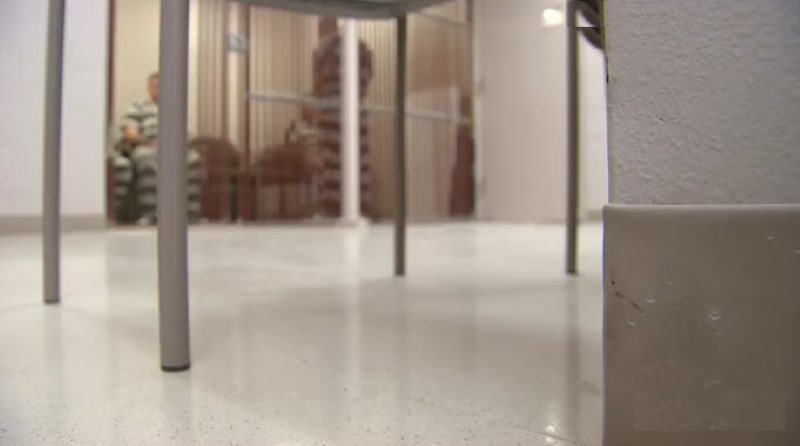 You can clearly see the inmates in the background from this perspective. The locked door is in that location and the guard was laying on the floor at about this position. It isn’t known if he was able to see the inmates or not, but if he did, he may have been concerned with what he saw next.

The inmates saw what was happening and they knew that it was a life or death situation. That was when they decided to take matters into their own hands. Even though they were locked away in a holding cell, they found a way to break free and to rush over and offer assistance to the guard.

The inmates were doing their best to get the attention of other guards but there was nobody within earshot. That was when they started shouting, banging on walls and doing everything that they possibly could in order to make themselves heard. In fact, they made so much noise that the guards upstairs in the courthouse thought that there was a riot inside of the holding cell.

When the guards arrived on the scene, they weren’t quite sure what to think. Imagine walking into a situation and seeing multiple prisoners outside of the holding cell and moving about freely! They could see that the guard was laying on the ground but they didn’t know if he was injured by the inmates or was having a medical emergency.

After rounding up the inmates and getting them back into the cell, they contacted 911 and begin performing CPR. Once the first responders arrived on the scene, they were able to shock the man and bring his heart back to life again. 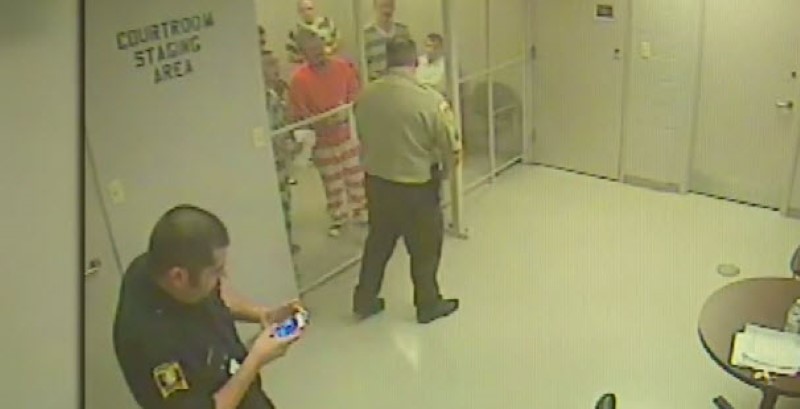 You can see the inmates in the background locked inside of the holding cell again, watching to see what happens with the guard. They were in there for a wide variety of reasons but at that point, they had acted in unison in order to save the life of a man who was their captor. 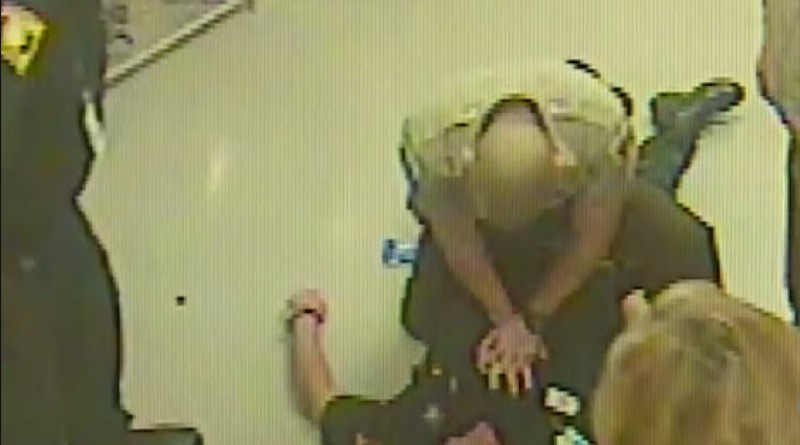 Since this video, the 52-year-old guard has retired from his job and he is waiting for open-heart surgery. A left ventricular assistance device will be installed during that surgery. It is hoped that he will be able to get the transplant after another six months have passed.

You can’t always judge a book by its cover and sometimes, you really need to look underneath the surface to know exactly what is taking place. When you watch this video, you will see that even the worst offenders have compassion for others and when the situation calls for it, they will go to great lengths in order to help a person who is struggling. Perhaps there is hope for humanity after all!