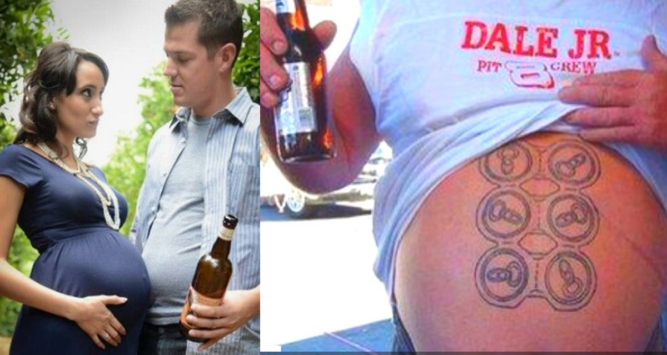 During the summer months, we see a lot of guys showing off their six-pack abs. For some fellas, these kinds of scenes make them regret the copious amounts of beer they chugged down during the winter (or year-round in many cases).

But it turns out that women may actually prefer men with a bit more stomach, as opposed to those who are well-toned or all muscly.

Sounds absurd, right? Well, researchers at Yale University may have proven this to be true in a new study, according to the British newspaper the Daily Telegraph.

The research, overseen by Professor Richard Bribiescas, also found that women found men more attractive if they are a bit older and has children. Researchers say that this has no relation to any kind of “daddy complex” but rather has more to do with evolution.

What women want in a man

The findings show that men who already have kids indicate to women that they are fertile, which raises their natural appeal. Also, other studies have shown that men with declining testosterone levels (which increases fat mass) are less likely to suffer from illnesses like prostate cancer and heart attacks.

The same study also appears to suggest that men with more body fat will focus on his family. As a direct result of this combination of factors, the chances of him finding another woman and leaving his mate are lowered.

“78% of women felt that men with dad bods were confident in their own skin. 47% of women believe dad bods are the new six-pack, while 83% of mothers would be proud and happy to have a husband who rocks a beer-bellied dad bod.”

What do you make of this study? Give us your thoughts in the comments section, and please be sure to share this story with friends and family (some of which I’m sure will find this welcome news).