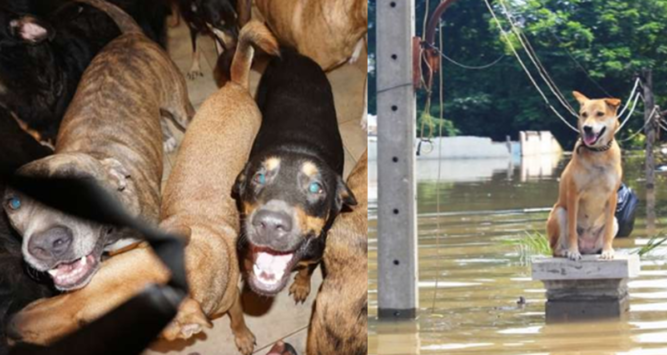 Folks living in the Bahamas are still reeling after the island nation suffered the ravages of Hurricane Dorian earlier this week.

But thanks to the big heart of rescuer Chella Phillips, dozens of needy fur babies survived — dogs who would have otherwise been left without shelter. 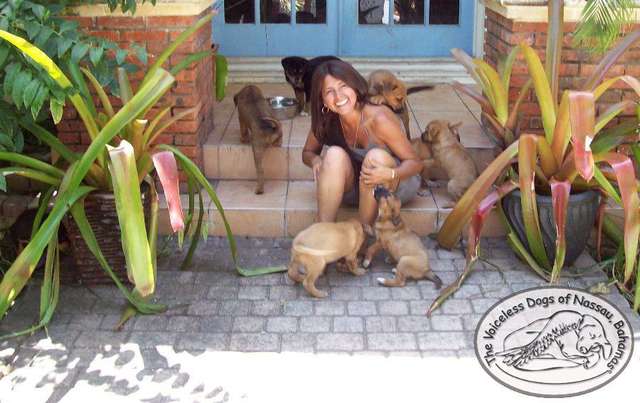 Just before the storm made landfall in the Bahamas, Phillips sent out word around her island that she was willing to take in 97 abandoned and homeless dogs.

Which meant that these pups could now ride out the hurricane in comfort.

“Everyone here gets along and welcome the newcomers with tail wags,” Phillips wrote. “They know they are their brothers and sisters in suffering on the streets.”

Pictures of the lucky pups Phillips saved soon went viral, racking up thousands of shares within a few short days. 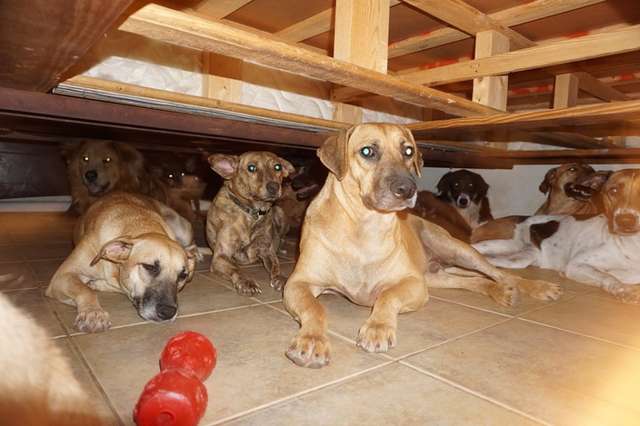 On Tuesday, with the worst of the storm now past, Phillips wrote about her terrifying experience in a post:

“The wind sounded like a train that wouldn’t pass, it was so loud, water was coming in through the seams on the windows and underneath the doors, the dogs were scared. I tried to play with them, sing to them, gave them every last treat just to keep their minds off all the noise of the hurricane.”

Thankfully, all 97 dogs were able to survive the storm unharmed.

But, this isn’t all Phillips has done to help animals. She also manages the Voiceless Dogs of Nassau, a group devoted to saving the island’s stray dogs.

Unfortunately, the storm did destroy a lot of the infrastructure of the rescue operation, and supplies are running out fast. In other words, Phillips and the dogs still face other dangers.

We are alright after a stressful night were we fooded bad inside the refuge, not even 3 pumps could contain the rain…

Phillips is now appealing to the public for assistance and has launched a donation page for anyone who would like to donate. So far, they have raised over $200,000.

“I don’t even know what to say, how to thank you,” Phillips wrote. “Your love, words, donations are keeping me alive, giving me hope and I want you to know, that no matter how much is raised, every nickel will go to saving dogs’ lives.”

What a wonderful saint to our canine friends!

Let us know what you think about Phillips’ story in the comments section, and please be sure to share her heartwarming story with your friends and family.