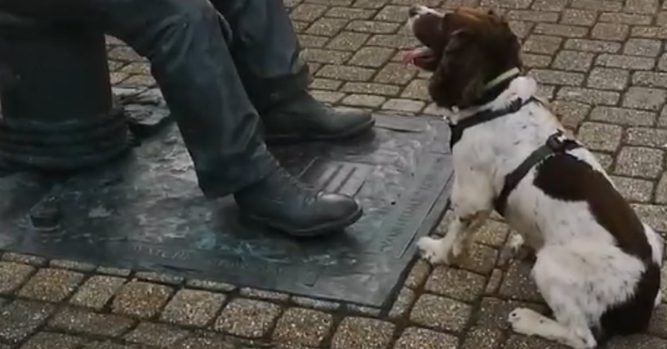 If there is one thing we know about dogs, it’s the fact that they love to play. In fact, we may have a difficult time keeping up with them and some cases. It’s a good part of them getting exercise but having a playful dog also helps us to get the exercise that we need as well. Some dogs would even continue to play nonstop every moment that they are awake if they were able to do so. At other times, they are just looking for a friend that they can have a game of fetch with every once in a while. It seems as if the dog in the following video has a game of fetch on his mind.

I’d like to introduce you to Chester, who absolutely loves playing with his tennis ball. If you are anywhere near Chester and happen to throw the ball for him, you are going to be his best friend for life. Of course, not everybody has the opportunity to play with Chester but he did recently find a partner that just seemed to be completely uninterested in playing a game of fetch. It happened a couple of weeks ago when Chester was out for a walk with his family. Before long, everybody was cracking up at what this amazing dog was doing. 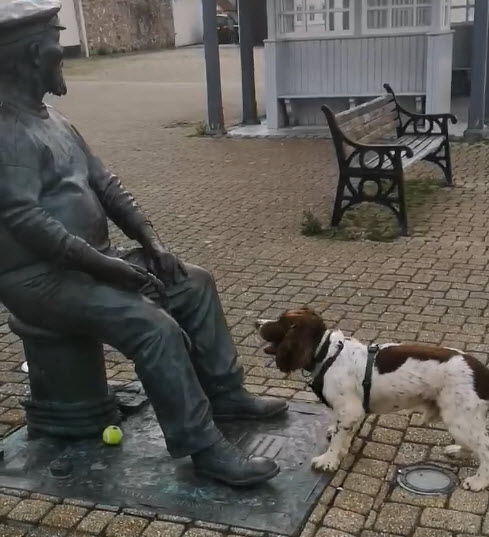 If you want to play a game of fetch with Chester, you will have to go to Watchet Harbor in England. Thanks to the video that the uploaded online, you don’t actually have to go to visit him but you are not going to see much of a game of fetch taking place. What you are going to see is Chester making friends with a seated statue of a fisherman. To Chester, it was just somebody who could throw the ball to him but it didn’t turn out like he expected. 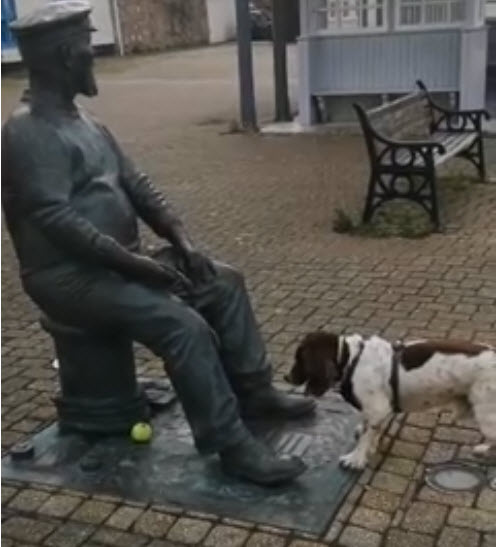 Perhaps the funniest part was that Chester didn’t give up. He may have wondered why the statue was not looking in his direction but he continued to try to bait the ‘man’ into playing with him. It seems as if Chester doesn’t like to give up easily and we are so happy that it was caught on this video so that we can laugh at it anytime we need a good chuckle.